The concept of the Internet of Things dates back to 1999 and was coined by British technology pioneer Kevin Ashton. Physical objects are made “smart” by connecting them to the Internet utilizing ubiquitous sensors; a factor leading to the gradual replacement of conventional computers and major changes in, amongst other areas, everyday life. Interactions of various systems and devices can already be seen, to use a current example, in the automotive industry. The introduction of the connected car sees a connection of the vehicle to the Internet enabling real-time communication in a variety of scenarios, such as traffic warnings, navigational systems in combination with vehicle logs and setting off emergency calls in the event of an accident.

There would be no fourth industrial revolution, no Industry 4.0 and no Smart Factory without the Internet of Things. Its implementation of smart technology is the basis for new industrial developments and self-governing devices. It is the base for increased product customization and higher flexibility while at the same time allowing stronger consumer and supplier impact of automated processes. Industry 4.0 is set to be the new manufacturing standard in the new future. The time for systematic in-house change is now. 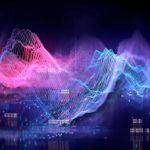 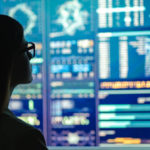